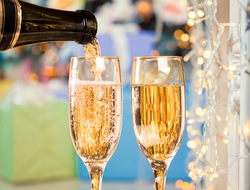 Inventory numbers seemingly moved downward significantly this month.    Because the Multiple Listing Service removed a designation that allowed a property to remain “Active” on the market while asking for back up contracts – those properties became “Pending” or under contract and were removed from the available inventory numbers.  This made the drop in inventory look larger than it really was.  This effect will continue to ripple through the statistics for the next few months. The designation removed was originally implemented for use with short sales and bank owned properties.  Later it became over-used for “regular” listings as sell.   It has been removed as it is no longer considered warranted as the Orlando MSA housing market as recovered significantly and sufficiently.

These inventory numbers include all homes: single family homes, condos, duplexes and townhomes.  For comparison:  In December of 2008, there were 22,524 on the market. In March 2013, which was where inventory bottomed out, there were only 6,937.

What is notable in the above statistics is that all over the Orlando MSA there have been numerous housing starts and new communities developed. Despite all of the new inventory by new home builders – which does not typically show up on the Multiple Listing Service – the inventory numbers on the MLS continues to slightly decline each month.  This infers that much of this new inventory is being readily absorbed.

IF YOU ARE LOOKING TO BUY OR SELL

YOUR HOME OR PROPERTY –

PLEASE CONTACT US AND FIND OUT HOW WE CAN HELP!

Single family home sales increased 14.0% but condo sales were down 7.4% compared to a year ago.

Sales of existing homes in the entire MSA are down 1.1% from a year ago.

Homes spent an average of 66 days on the market in November – the same as last month, and 13 fewer days than a year ago. The average home sold for 97.2% of its then-current listing price – which is generally a bit more than average. “Then current listing price” is an important distinction since a home may have been on the market with prior price reductions.  Thus, it may have ended up selling for a lot less than the percentage cited from its original debut listing price. At the current pace of sales, there is a 2.91 month supply – down from last month’s 3.74.

Estimated Supply is tied to both inventory and pace of sales.  Six months of supply is generally considered balanced. Under normal economic conditions, anything above six months is generally considered a “buyer’s market” and anything below is then considered a “seller’s market”.  However, these are terms used loosely as descriptors. Regardless of what you tend to hear – there is no true Seller’s market - Buyers ultimately set the market price no matter what the inventory numbers are at any particular moment.

By county in the Orlando MSA for sales compared to a year ago: Seminole County was down 5.2% from last December, Orange County was down 1.0%. Osceola came in up 4.4%, and Lake County was down by 1.7%. No statistics such as these for east Volusia or Brevard were made available (Volusia has several different realtor boards with both New Smyrna and Daytona each having their own and Volusia is officially part of the Daytona Beach MSA. Brevard has its own Board. In addition, oceanfront and intracoastal-front properties tend to skew their sales numbers significantly).

IF YOU ARE LOOKING TO BUY OR SELL

YOUR HOME OR PROPERTY –

PLEASE CONTACT US AND FIND OUT HOW WE CAN HELP!

The median (usually the average) price of all homes sales rose 12.4% from a year ago to $207,900. This resumes the previous 61 month record of rising prices for the Orlando MSA. Sixty-four of the past 65 months have seen year over year price increases in the Orlando MSA.

Remember however - the median price above encompasses all sales types. Individual types fluctuate at different rates. The median price of an existing home in a “normal” transaction is $215,000 – an increase of 7.5% over last year.

The year over year price for a single family home increased   10.7% as compared to last year. Condos posted an increase of 15.1% over last year.

The difference between the median and average most times is very small – especially as the sample size increases. The technical difference is that the median is the sales price number in the exact middle of the number of sales – that is exactly where half of the sale prices are lower and half are higher. The average price is the total sales prices divided by the total number of sales. The median is less influenced by fringe numbers – ones very large or very small as compared to the usual numbers.  For example, a million dollar sale in a $200,000 neighborhood or a $50,000 sale in the same neighborhood.  Just for completeness – the mode is the sales price number that is repeated most often.

Price points and sales pace are heavily influenced by location and price-point market segment.   That is, generally homes in the $200,000 - $300,000 range will sell faster and can sell for more per square foot than a home at the $2 million price point because there are far more buyers capable of affording the lower priced home.  Thus, there is more competition amongst that group vying for that particular home.

If one were to add in the location consideration as well, homes in the most desirable locations can sell for many times more than the same home would sell for in an inferior location.  Of course this multiple times the value factor is diminished the higher the price point.

This can be illustrated in the locations and price points most production builders opt for in Central Florida.  Here, we don’t generally see subdivision production builds of homes in the $1M and up range  - but in the $300-400s is fairly common.

The latest numbers for the Orlando Florida MSA – for November was 4.4, unchanged from the previous month.  A year ago it was 4.6%. The “official” national average is currently at 4.7%.

The average interest rate paid in the Orlando MSA last month was 4.32%, a significant increase from the previous month’s 3.82%. The trend has been an upticking on the rates over the past months.*

WE DO APPRECIATE YOUR REFERRALS!

*The interest rate statistic is over all types of loans with varying terms and conditions and should be used as trend reference number only.  Consult your lending representative for rates that would apply to you.

The statistics cited is provided by the Orlando Regional Realtors Association, of which we are a member.

This report is intended to be for reference and informational purposes only.  The opinions expressed herein are solely those of New Southern Properties Inc. and are opinions. No purchases or investments should be made based solely on this report, this data, or the opinions expressed herein.  Real Estate purchases and investments are complex transactions. You are strongly urged to consult with your financial, legal and real estate consultants before making any real estate purchase or investment.

All listing information is deemed reliable but not guaranteed and should be independently verified through personal inspection by appropriate professionals. Listings displayed on this website may be subject to prior sale or removal from sale; availability of any listing should always be independent verified. Listing information is provided for consumer personal, non-commercial use, solely to identify potential properties for potential purchase; all other use is strictly prohibited and may violate relevant federal and state law. The source of the listing data is as follows: Stellar MLS (updated 12/5/22 12:22 PM) |